Lately I had problem with my left audio jack loosing sound sometimes. Got it fixed by myself today. Here are some pics and hints how to disassemble and make such repair as well as can be perceived as excursion inside in this beast.
So, here we go, step by step.
1)Firstly, there are seven small black screws almost all around the synth. Opening five of them on the right side in picture and removing that metal rail, we can access almost nothing but instead see some electronic parts. 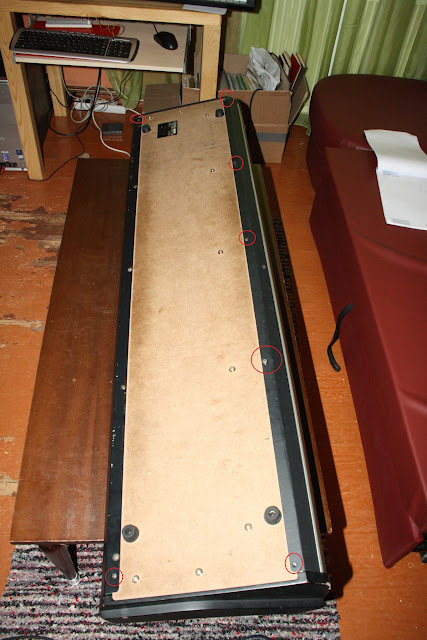 Continue to next pictures. 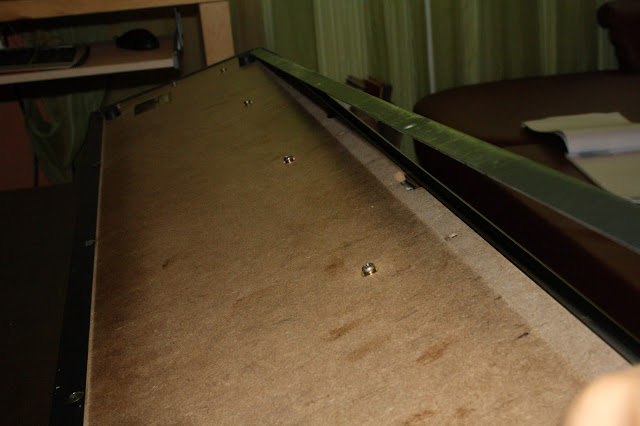 2)we have second metal rail in opposite. There are four bigger black screws, which needs to be removed. 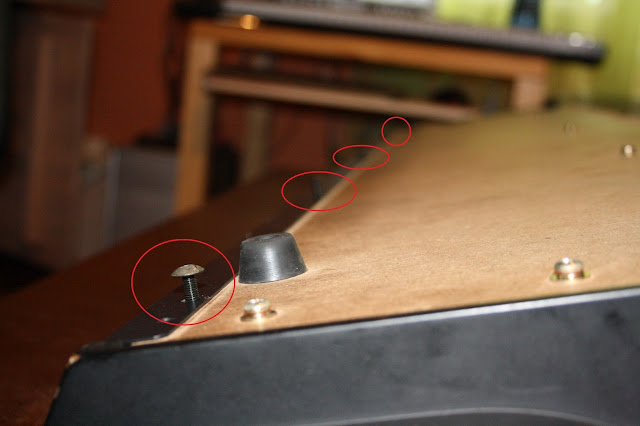 but must be extra careful, because of  we have stereo female phone jack here. We need to do two things here -disconnect green cable (1) and remove tie (2), which ties together black ground wire and green cable. 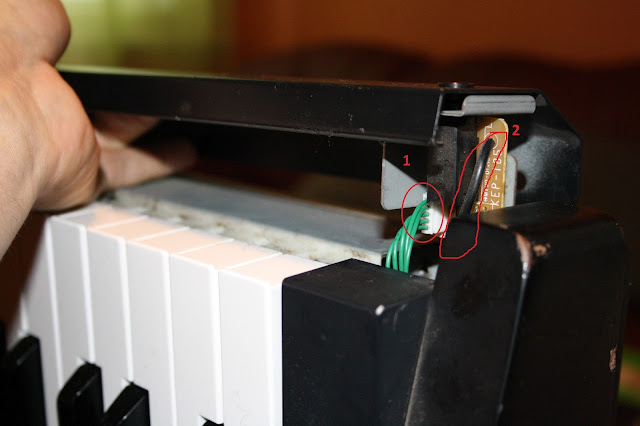 3) Next step is to remove keyboard part. There are four golden color screws which needs to be unscrewed, but only these four, not others. 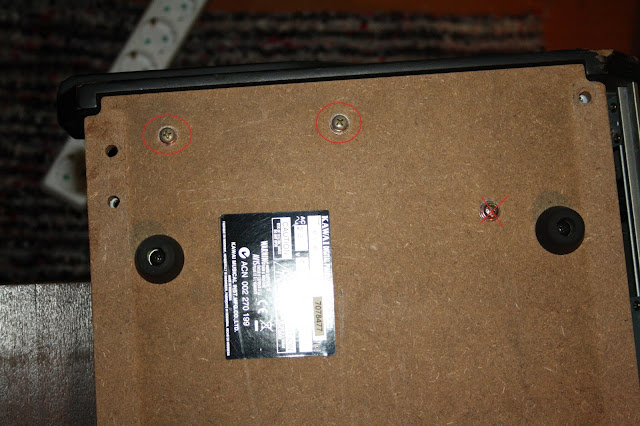 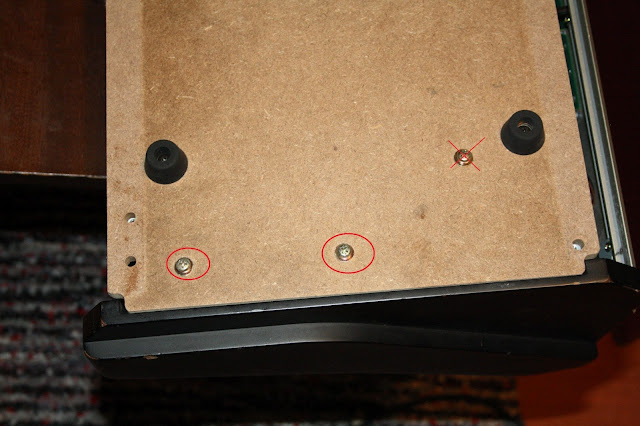 And there are two more green cables which must be disconnected allowing to remove keyboard. Both of them can be found where first metal rail were, somewhere in middle section. 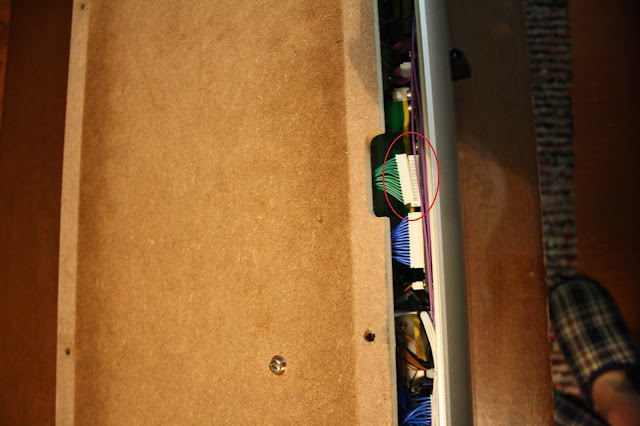 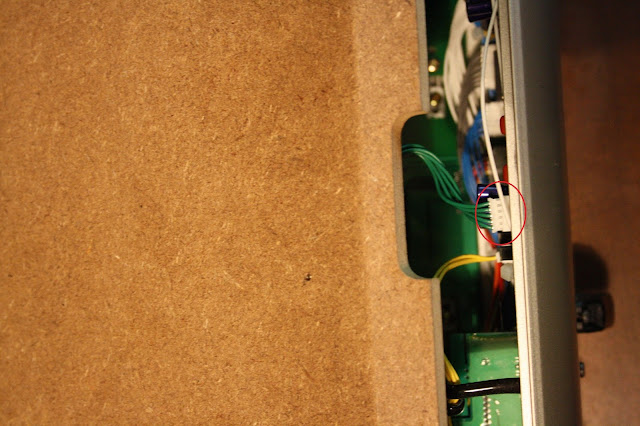 4) The part which was not working properly was left/mono female jack. There are two small screws which needs to be removed from outside. 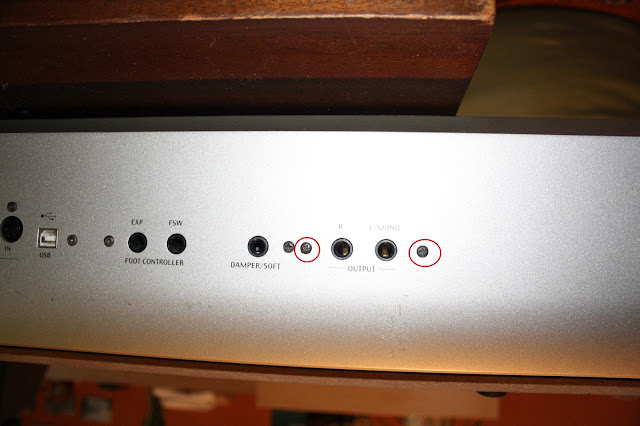 Inside, there is yellow cable, which passes sound from main board to this output board. But there are some more wires in different colors, which are tied to.... output board. Your choice what to do firstly - does not matter. Remove yellow cable and cut that tie. In picture, yellow cable is somewhere other side. 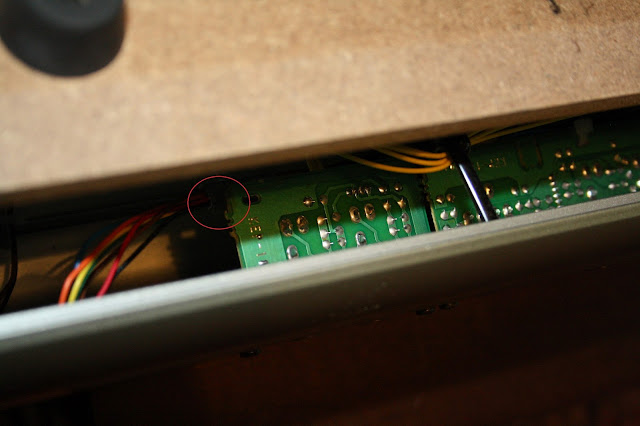 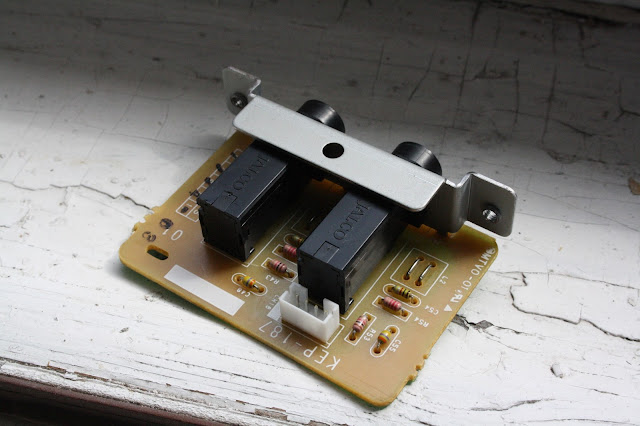 And here is my problem. 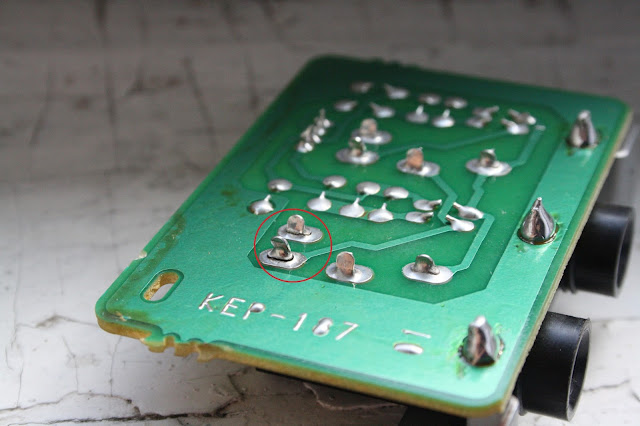 Some soldering skills and problem is fixed.


Some additional pictures what is found inside Kawai MP4 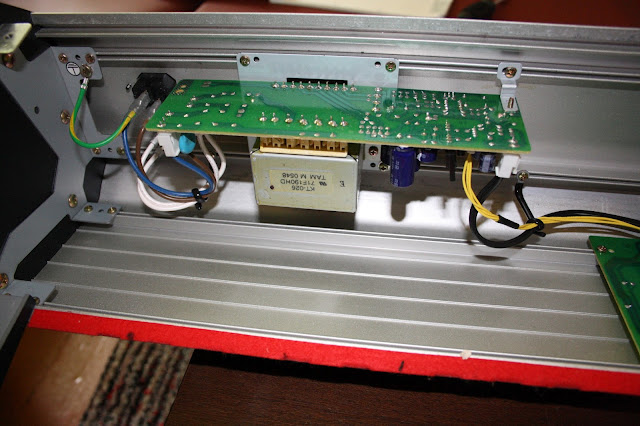 Some internal boards:
This one looks like main board. 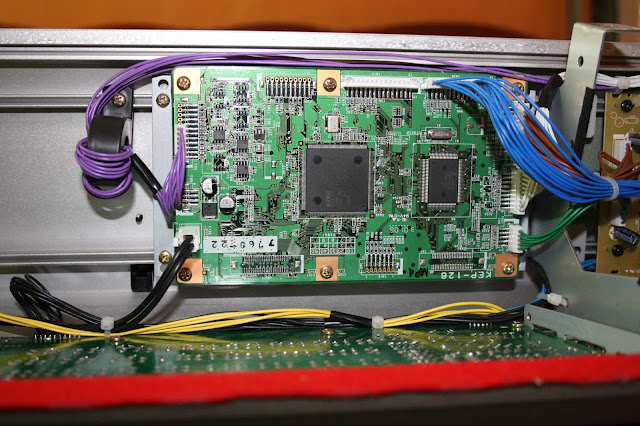 Could be an amplifier. Note the yellow cable on the right side. 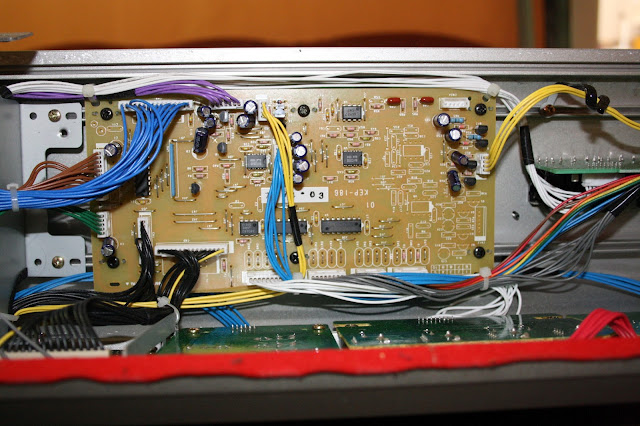 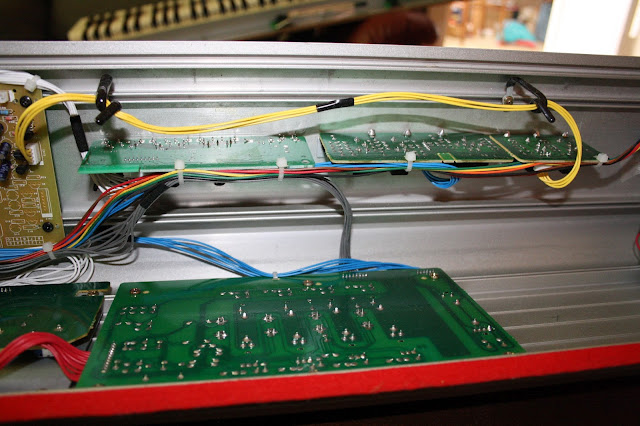 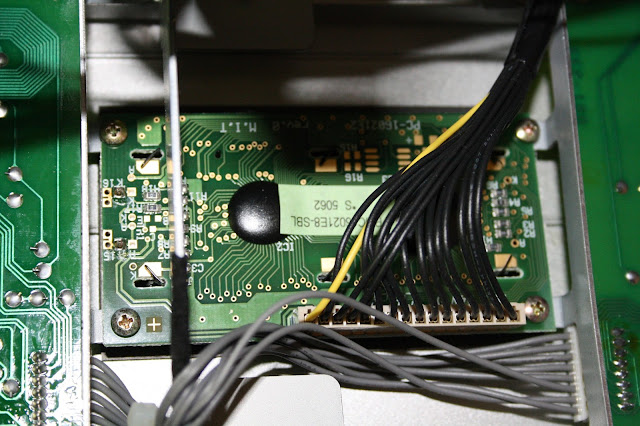